The 8 Most Exciting Boxers in Britain 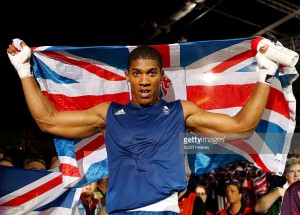 The disenchantment with the sport has allowed UFC to establish a foothold across the world. But in the UK, we’ve got a batch of fighters that can drag boxing back to the big time… and one of them is even a heavyweight! Some have Hollywood looks (a compliment), some have boxers looks (not a compliment), but they can all fight and enjoy a tear up.

If you don’t know who these guys are, make sure you catch their next fight and prepare to be impressed.

Frampton has just claimed the IBF world title by beating Spain’s Kiko Martinez in front of the biggest crowd boxing in Northern Ireland has ever seen. The small man from Belfast doesn’t deal in dull fights and schooled Martinez in boxing over 12 rounds. He’s got the power for the explosive knock outs, the skill to box with the best and the team (Barry McGuigan’s Cyclone Promotions) to take him all the way to the top.

Another Brit to have just bagged himself a world title, Brook brawled his way to the IBF version in August by travelling to the States and beating Shawn Porter. Special K is the complete package – a good looking showman who can go to war as well as delivering a boxing masterclass. From the moment his ring walk starts to Kanye West’s All of the Lights, you know you’re in for a show.

Brook might not fight again for a while – he’s just been stabbed in the leg while on holiday in Spain recovering from his world title. Hopefully the injury won’t slow him down too much, he’s got a stellar career in front of him.

Joshua is 6ft 6 (almost 2m) and around 106kgs of solid muscle. Just watching him walk into the ring would be enough to have most normal people running for the door. He’s got hand speed that a guy his size shouldn’t posses and is waltzing his way through the domestic heavyweight scene at a rate of knots.

An Olympic gold medallist (London, 2012), Joshua has all the talent to go to the top of the heavyweight division. While it’s true he’s only fought bums so far, the division isn’t exactly awash with talent. With the right direction, he should be challenging at world level in the next 18 months and could – maybe should – be the man to end the Klitschko dominance. Quite simply, he’s the most exciting heavyweight since Iron Mike.

The Cobra isn’t exactly a kid any more, but the WBA and IBF World Super Middleweight Champion is a fighter you should always watch. He’s the sort of fighter who is written off before every bout – his technique isn’t great, he’s lost a few times, he gets hit a lot… but he’s the world champion because he keeps beating people.

The second George Groves fight wasn’t a classic, until he delivered one of the biggest knockout punches you’re likely to see in a world title fight. Groves fell down, crumbling under his own weight, rather than falling backwards. It was devastating.

Froch might not have too many more fights left in him – he wants a big night in Vegas against Andre Ward or Julio Cesar Chavez Jr is his aim – so catch him while you can.

No one divides boxing opinion in the UK like Amir Khan. Some love him, many more hate him, but he’s the only boxer I never, ever miss fighting. Why? Because someone gets knocked out.

Khan is a two time world champion but currently kicking his heels having been sidestepped by Mayweather for most of the last year. I genuinely believe Mayweather is ducking the fight – he would almost certainly beat Khan, but knows that Khan is probably the only fighter around with a punch to worry him.

Sadly for Khan – and great news for us – is that he doesn’t have the best chin or tight defence, so if he’s not landing bombs, he’s usually counting the lights on the arena ceiling.

Talks are underway for Khan to fight Kell Brook at Wembley in a domestic super fight that has the potential to be a classic.

You can’t talk about Chris Eubank Jr without talking about Chris Eubank. One of the best British boxers ever, Eubank Snr got up everyone’s nose with his snooty attitude, but backed it up with his boxing. Jr doesn’t quite have the same swagger out of the ring as his old man, but in the ring, he’s a chip off the old block.

I’ve only seen him box twice and both times was impressed by his power and speed. He’s also got a taste for showmanship – he always knows where the nearest camera is for a quick pose after a knockout. I’m not sure he’s the best boxer in the country, but he’s sure got swagger.

The Qatari born fighter has been in England since he was crawling. He boxes from a gym that is used to producing exciting fighters – Ingle Gym in Sheffield. Kell Brook (above) is from there, as was Prince Naseem, Herol ‘Bomber’’ Graham and Johnny Nelson. Kid Galahad is named after the Elvis film (it’s only a nickname), but anyone who fights under the banner of The King is obviously worth watching.

We’re a bit early to be calling this a golden age of British boxing, but this list could go on and on. Scott Quigg from Bolton could be lining up Carl Frampton for a big domestic tear up. George Groves has already shown himself capable of mixing it with the big boys and will have learned a lot from being floored by Froch. Another Londoner, James DeGale, won an Olympic gold and is looking hot again after being beaten by his big rival George Groves in 2011. Anthony Ogogo, Bill Joe Saunders, Brian Rose… the list goes on.

Basically, don’t listen to rubbish you hear about boxing dying. Stick the TV on and enjoy watching some of these young (and not so young) British fighters.