Northern Ireland Gears Up For The Euros

Northern Ireland is getting ready for party this summer with the team qualifying for the European Championships in France. It’s the first time since 1986 that Northern Ireland have qualified for a major tournament and it seems that half of the country is heading to France to watch the team play. Against all the odds, Northern Ireland topped their qualifying group and many fans are genuinely optimistic about their chances.

I’ve had serious conversations with clever people who know a bit about sport who have been caught in the romance of the situation. Statements such as “Greece won it, Denmark won it, why can’t we” -referring to the history of the surprise winner in the Euros – have been said to me on more than one occasion!

It’s complete bullshit too. Northern Ireland have no chance of winning and, in all probability, won’t get out of the group. They’ve been dealt a tough hand with the group, facing Germany, Poland and Ukraine and will count it as a real achievement if they get to the next round. Playing tournament football in the summer France is a world away from beating teams at Windsor Park in February. Good luck to them, but if I was a fan, I wouldn’t have any hotels booked after 21st June.

With the unique political situation in Northern Ireland, there are also a huge number of fans of the Republic of Ireland. The Republic crept into the Euros through the playoffs and have a tough enough group too – Sweden, Belgium and Italy. The Irish fans are also optimistic about getting out of the group, although I’ve yet to hear anyone claim they will win.

However, if warm up games are anything to go by, the other three teams won’t be worried. The Republic lost to Belarus 2-1 in Cork, a performance that left the assistant manager, the always quotable Roy Keane, saying, “I wanted to kill some of them last night”. Good old Keano!

For those fans who can’t get to the games, there’s plenty going on back in Belfast to support both teams. At the iconic Titanic Quarter, there will be a 10,000 capacity Fanzone broadcasting all the Northern Ireland and Republic of Ireland games on a huge big screen. And given how thrifty some fans are, the fact it’s free is a big bonus!

The arena will have a bar and food, a funfair (yes, a funfair!), entertainment before and after games and various family friendly games and activities. As it’s free, there are no tickets so it’s first come, first served which will mean getting there early to guarantee a place.

Full details of the fanzone can be found at fanzonetitanicbelfast.com

Will Grigg’s On Fire

If you’re heading to France or the Fanzone, expect to hear the Northern Irish fans take ownership of the Wigan song Will Grigg’s On Fire. To the tune of Gala’s Freed From Desire, the song has caught on after Mr Grigg’s has scored almost 30 goals for Wigan and made a late run into the NI squad. Careful if you watch this, you’ll be singing it for days. 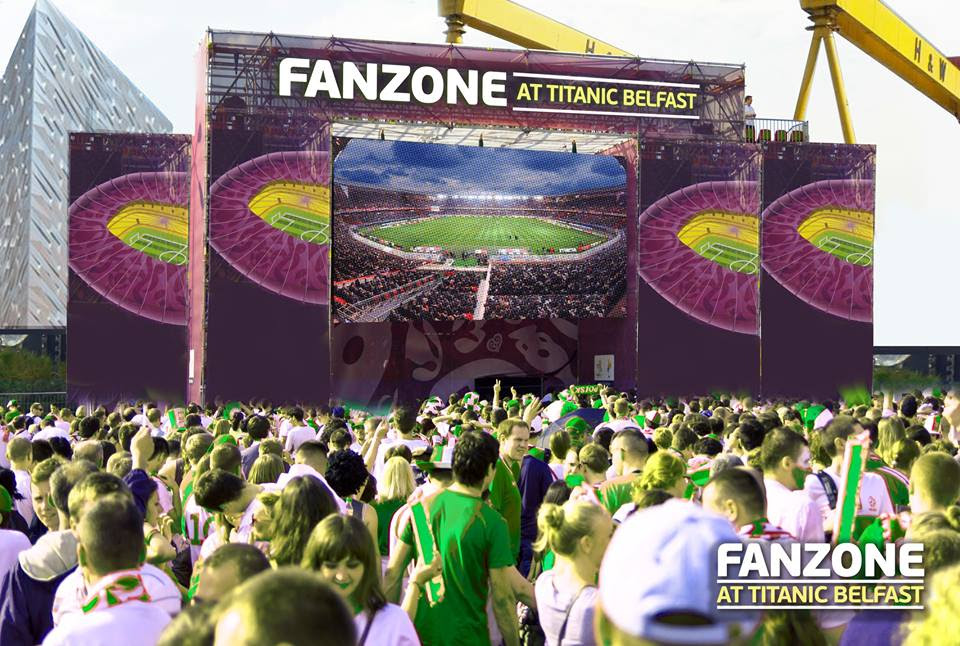