While this may not be an exact transcript of the conversation I had with the barman of Rosie’s bar in Newcastle last year, it definitely captures the ethos of the exchange. Rosie’s bar, for the uninitiated is spitting distance from St James Park. It’s not quite as famous as The Strawberry, which hides under the shadow of the Gallowgate, but is the place where those in the know go before a Toon game. 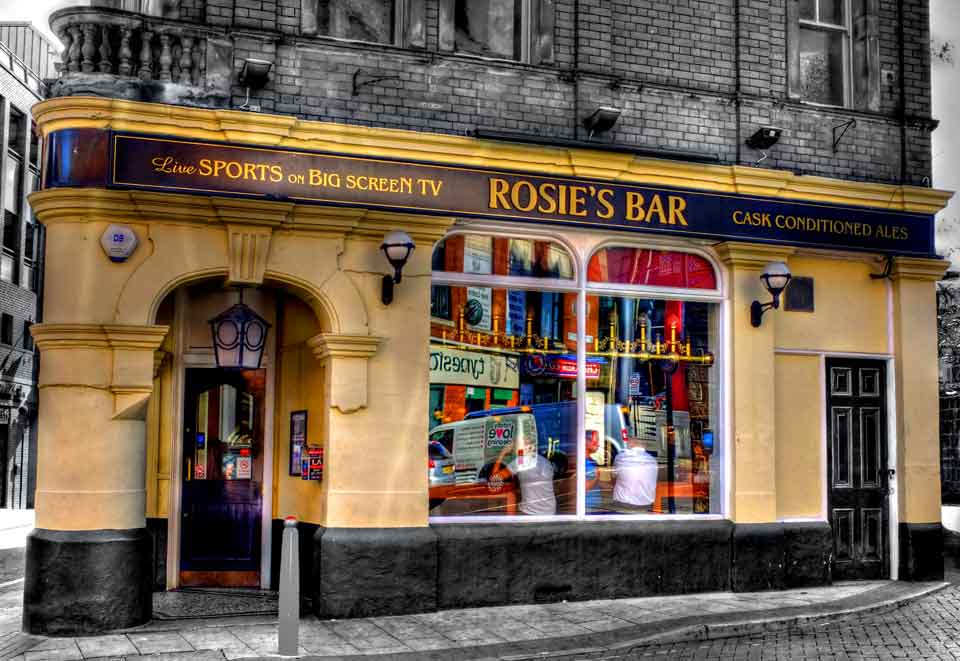 It was lunchtime, not long after midday on the first Sunday of the Magic Weekend in Newcastle. St James Park was hosting it for the first time and no one was quite sure what to expect. The Etihad had breathed life back into the concept – a whole round of games staged in one venue – but when it was unavailable, the move to Newcastle was a leap into the unknown.

What Newcastle got, was a large, thirsty crowd. The RFL sold 67,000 tickets for the weekend, a new record, hotel occupancy was said to be as high as 99% in the city and the local council estimated it brought £4m to the local economy. Good figures!

And the manager of Rosie’s Bar told meeting to discuss bidding for the 2016 version that the Saturday was his biggest day ever. When you consider the big games Newcastle have played in recent years, the tea time kick offs, the derby games and England internationals, the owner of Rosie’s knows a little bit about selling booze to sports fans and the rugby league fans broke all records. Oh, and for the record, his second busiest day ever was the Sunday – the same day he had next to nothing to sell!

The six games that make up the Magic Weekend have just finished and it would be hard not to imagine it going back for a third year. The crowds were bigger this year, the games every bit as good and the work behind the scenes slicker.

This great video, for example, of players trying to get to grips with Geordie phrases will bring a smile to anyone who has ever needed a translator in the Toon.

The concept was originally introduced to put a big event in the early season. When the Challenge Cup final was moved from spring to the end of summer, the major events looked very top heavy – crammed into an 8 to 10 week period from the end of August. Magic helped to balance that.

“Whether we play too many games or not is up for debate, but I don’t think taking this fixture away is the answer. It’s something to look forward to for the fans – but also the players. The opportunity to be in a stadium like St James’ Park, what’s not to like?”

The venue is important. But as Ellis and many other players have pointed out, playing in big stadia with loads of fans is what gets them up in a morning. The venues used for the Magic event over the last decade – Millennium Stadium, Cardiff, Murrayfield, Edinburgh, Etihad, Manchester and St James’ Park are all great venues put the fans on top of the players and crate a cauldron-like atmosphere.

Where St James’ works better than all the others is how the fans take to it. Here’s a video of some Warrington fans from last year, partying underneath the Leazes stand – they clearly love it.

St James’ is great for fans. It’s right in the middle of the city (OK, so is Cardiff) but also has the old charm of a traditional ground, something that the Millennium Stadium can lack some times. Even for a huge rugby league fan like me, the city centre fan is really important. Sitting watching six games back to back can be a test of endurance, so a city centre ground, where you can walk and get a meal or pint in a bar is a welcome break.

Magic may have found a spiritual home in St James’ Park. I’m biased – I spent 10 years in Newcastle and combining rugby league with a trip to visit old friends is perfect for me! But the numbers show the fans love it, the players lover it and the local business community loves it too.

“It’s inconceivable to imagine a fixture list without Magic Weekend now. The [Newcastle] council are determined to make it a hat-trick next year but wherever it goes next there is little doubting that the event is here to stay. It’s a fundamental part of our calendar.

Newcastle certainly gets my vote for 2017. I might even go.