The 2015 Rugby World Cup in England was the fifth largest single-sport event ever, when ranked by ticket sales according to a report compiled by EY. 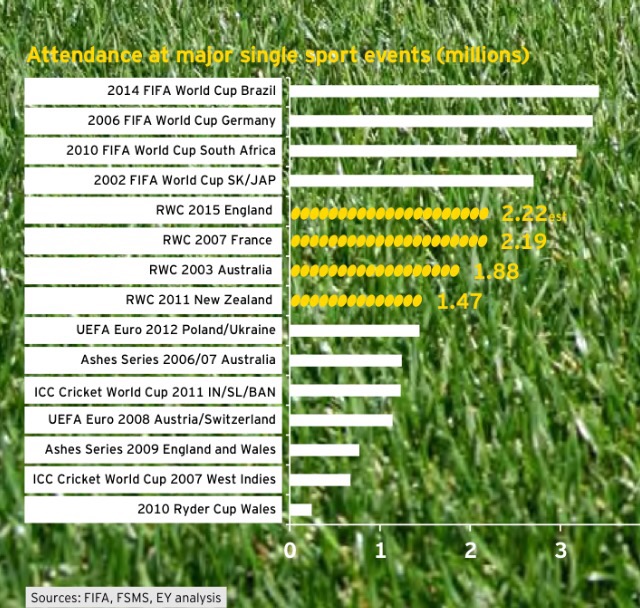 The competition, which ran in September and October 2015, sold 98% of the tickets available which generated around £250million in revenue.

Rugby Football Union (RFU) Chief Executive Ian Ritchie said the tournament was a “celebration of rugby, which inspired the country, and the world, to play and support the game”.

The newly appointed World Rugby Chair Bill Beaumont added, “This new report reflects the Rugby World Cup’s status as one of the best-loved and most prestigious major sports events, while highlighting the significant social and economic benefits that make the tournament such an attractive low-investment, high-return hosting proposition for governments and unions alike.”